The Hex River Valley lies beyond Worcester and the Du Toitskloof Tunnel in the Western Cape of South Africa.  Many people travel to the Hex Valley to relax away from the cities and explore the area’s incredible mountains.  The highest peak is the Matroosberg – a nearly inaccessible peak that towers 2246 metres over the valley.  The mountain range is especially striking at night, as the moon rises and bathes the area in a soft light – and this is when the Hex River Valley Witch appears.  Many people have reported seeing her standing on the edge of a cliff, wistfully looking off into the distance.  Others claim to have heard her tragic wails carried on the wind.  Few have even seen her, standing, wringing her hands as the tears flow down her cheeks.  She is not merely an apparition, but young Eliza Meiring, one of the area’s oldest residents.  Long ago, in this lovely valley between the Cape and the Karoo, lived a beautiful girl.  Her name was Eliza and everyone called her lovely Eliza for she was, without doubt, the prettiest girl for miles around.  Which is why all the young men of those parts came along to Buffelskraal, her father’s farm, to pay their respects.  Their Cape-Dutch farm house was always bustling with would-be suitors trying to win Eliza’s hand. 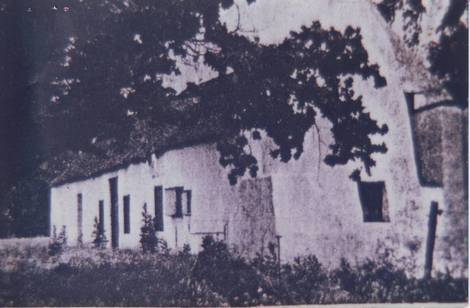 Eliza did have one fault.  It was a big fault, one that made her parents sad and drove the young men to despair.  Eliza was too proud.  Not just a little conceited, giving herself airs and graces, but so proud that she was quite impossible.  She would look down her pretty nose at any young man who came to court her and say, with a little sigh: “Dear me, and what have you got to show for yourself? I wouldn’t look at a man who isn’t brave enough to climb the krans of Buffelskraal and bring me the red disa that grows only at the very top!”  One fine day, long after her parents had given up hope, a young man rode singing to Buffelskraal and his name was Frans.  He was young and strong, handsome and clever and, though from a good family, he was no idle boaster and no stranger to hard work.  His laughter was infectious and his eyes kind and all those he met became his friends.  Eliza had hardly set eyes on him when her heart missed a beat and she knew that this was the young man she’d been waiting for.  It was not long before Frans asked her to marry him.  In her heart Eliza said yes, for she loved him and she knew that he was worthy of her love.  But her pride made her say: “If you want me as your wife, Frans, you must climb the high krans behind Buffelskraal and bring me a red disa from the very top.  Then all the world will know that I’m marrying a hero – only the best is good enough for Eliza Meiring!”

His journey was long and arduous, but was all worth it as he spotted the red disa’s decorating the cliff-face.  In his excitement he reached over to grab the first flower he saw and slipped on the wet moss, plunging to his death.  Upon hearing the news, Eliza fell ill with grief and remorse, realising that it was her selfishness had caused the death of her one true love.  This remorse grew into madness.  In the end her parents had to lock her away in an upstairs room for fear that she would do herself harm.  Here in the dark room lived lovely Eliza Meiring alone and mad, and here she carved her initials, EM, in the teak windowsill.  A few decades ago the old farmstead was demolished.  Eliza’s name and the date were still on one of the windowsills.

Then one night, as a full moon sent a white beam through her window, she broke out of the room and ran away into the darkness.  Up the steep rocks she climbed to where the blood red disa’s grew on the summit.  Her long, white nightgown flowing behind her, Eliza ran barefoot through the foothills, searching for her one true love. She searched through the night to no avail and eventually collapsed on a rocky outcrop.  There she perched on the rocky ledge and when it crumbled beneath her feet she fell to her death with the name of Frans on her lips.

But they say that not even death released Eliza from her terrible remorse.  Centuries later, legend has it that she is still searching the mountains for her love, barefooted, her nightgown flowing behind her.  On moonlit nights when snow and mist lie on the mountains, so the old people of the valley will tell you, Eliza goes searching for Frans.  It is then that many people bolt their doors to keep her out. You can hardly see her for she is only a pale ghost and you scarcely hear her voice which is a soft as the night wind. But she is there.

Today they remember her as a witch, or hex, for her pride cost her life and the life of the man she loved.  And the lovely valley where she lived is called the Hex River Valley.  Her story has become a common warning against vanity. Those passing through this beautiful valley are often regaled with different versions of Eliza’s story.  Some argue that she never made it to the mountains that night, but fell to her death from her own bedroom window while trying to escape.  Other’s claim she committed suicide out of grief.  But everyone agrees that she is a real part of the community. 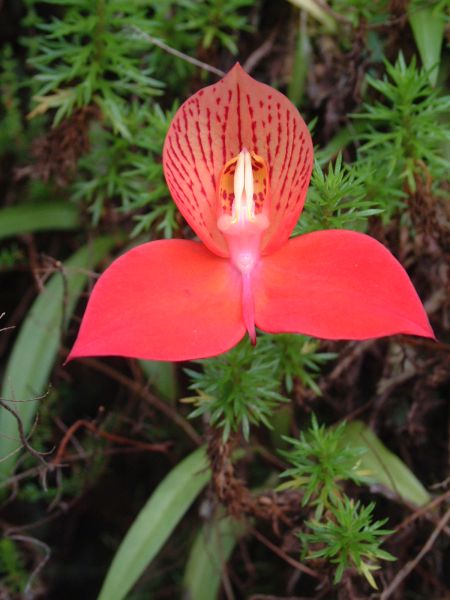 According to legend
a beautiful girl
Eliza Meiring stayed

on the farm Buffelskraal
at the foot
of the mountains

and so many suitors
were interested in her
that she would only
be the girlfriend of the man
that brought her a red disa flower.

These ground orchids
only grow on the highest peaks
and it was extremely difficult
to get the flower.

climbed up Groothoek ravine
against a wet moss covered cliff
and there fell to his death.

and one night
she got the top window open,
went down to the ground,
wearing her long white night gown

and climbed the foot hills
and sat down crying on a rock
which suddenly crumbled beneath her
and she also fell to her death.

her spirit dwells
on the mountain peaks
and that she still mourns
the death of her lover.