Pierneef started his high school career at the Staatsmodelschool (literally “model state school”), where he took his first art classes, but it was interrupted by the Second Boer War.  With the war of 1900 between the Boers and the English, the Pierneef family decided to move back to the Netherlands where he continued his schooling.  This experience brought Pierneef into contact with the works of the old masters and it had a lasting impression on him.  He studied part time at the Rotterdamse Kunsakademie.  He was a changed man when he returned to South Africa.

Pierneef returned to Pretoria at the age of 18, where he met with and was encouraged by already established South African artists such as his godfather Anton van Wouw, Hugo Naude and Frans Oerder. The Irish artist George Smithard also played an important role in the teaching of the graphic mediums like etching and linocuts.  He worked at the State Library during the night for almost ten years and painted in his studio during the day.

In 1902 Pierneef showed his works on an exhibition for the first time.  It was a group exhibition with Anton van Wouw and Hugo Naude and was visited by various well known personalities.  It was of great comfort to the young aspiring artist to hear the good comments from the public.  On 16 February 1910, Pierneef married Agatha Delen, a woman 12 years his senior, against all advice from both families.  Pierneef was 23 and his new bride was 35 years old. 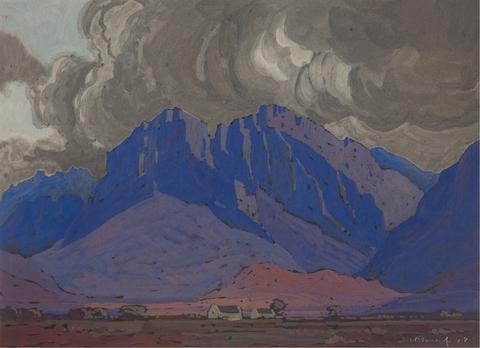 In 1911 Pierneef took part in a group exhibition in Johannesburg and submitted two etchings which were both sold.  Pierneef held his first solo exhibition in 1913, to great critical acclaim, some even describing his work as that of a genius, which inspired him greatly.  His second solo exhibition was held two years later and was also very well received.  This show included a large contingent of new work as well as some graphic works.  The exhibition was reviewed favorably.  Pierneef researched South African Art and the influences thereon and often spoke about this subject.  During this period, he did various illustrations for a number of periodicals and books. 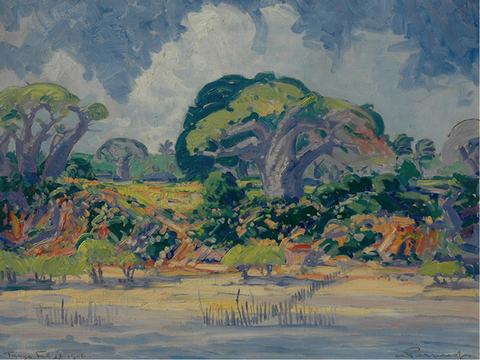 In 1918, Pierneef left the State Library after nine years and started a career as an art lecturer at the South Africa College of Education.  He also started teaching drawing at the Pretoria College of Education.  These positions gave him the opportunity to focus on his art and he participated in many successful solo and group exhibitions during 1920 to 1921.  Due to the recognition that he received, Pierneef realised that he was setting the trend for a unique South African style.  It was a difficult time in the life.  His wife suffered from a mental disorder and also started to lose her sight.

His new career as art lecturer didn’t work out as Pierneef had planned since the curriculum and the Department of Education’s system was based heavily on the English system which he didn’t believe in.  He felt that the South African artists should have their own style and set of rules to follow.  He resigned and decided to spend all his time on his painting career and became a full time artist.  Pierneef’s wife’s increasing dependence on him, because of her medical condition, made him work even harder, he toured the country, lectured and exhibited extensively. 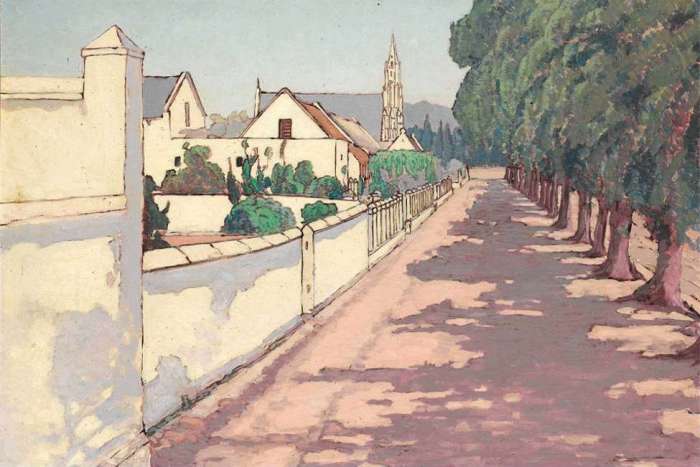 In 1923 Pierneef visited South-West Africa (now Namibia) and sketched extensively for paintings that would later be completed in his studio.  Pierneef worked diligently and only two months after his arrival in Namibia he had an exhibition of more than 30 works.  It is said that some of his best works come from this period.  Despite his successes, he was experiencing some financial difficulties, and had to resort to other jobs in order to make ends meet.  During one of these, an advertising project to sell the land around Hartebeespoort dam, he met his future second wife, a Dutch woman named May Schoep.  Pierneef divorced Agatha in 1923 and married May in 1924. 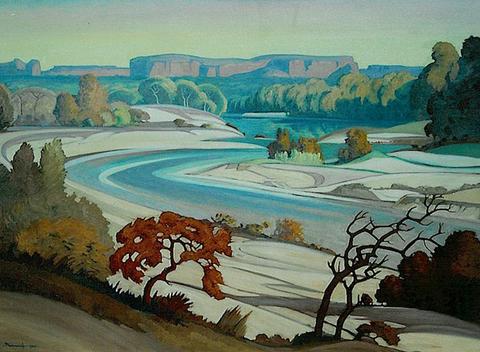 In 1925 he had an exhibition in Johannesburg and it was clear that the fifty works on show showed a new vitality and enthusiasm.  The couple visited Europe from 1925 to 1926, where Pierneef promoted his art and also studied the newest art movements.  He also held a solo exhibition in the Netherlands, where his Bushmen drawings drew great attention.  In 1926 they returned on a ship which sailed along the east cost of Africa and he sketched the ports where they docked.  In 1927 after the birth of his daughter Pierneef had a very successful exhibition of 86 works in Pretoria.

In 1928 Pierneef shocked the traditionalists by including some abstract modern and as some called it “Futuristic” works in an exhibition.  These were not accepted as well as his traditional works that he became known for and after bad reviews from people like Anton Van Wouw, he had to revert back to his old style.  In 1929 Pierneef was commissioned to do the 28 panels for the inside of the new Johannesburg Station Building which kept him occupied for the next three years.  He however continued working for exhibitions during this time and also designed various catalogues and brochures.  The panels were completed in 1932 and is still on display today and considered to be some of his best work.

In 1933, he was commissioned to do seven murals for South Africa House, the South African embassy on Trafalgar Square, London.  Pierneef completed this work in 1934.  Back in South Africa he was painting again and had major exhibitions in Cape Town and Pretoria in 1935.  Pierneef died on the 4th October 1957 and is regarded as one of our best old masters, and with very good reason.  You be the judge 😉 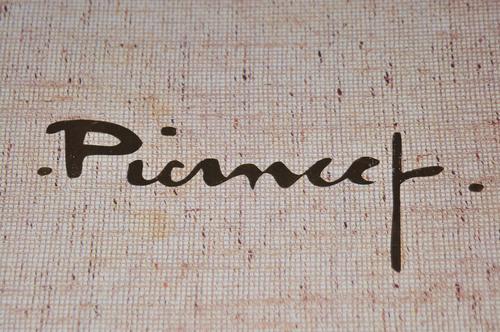