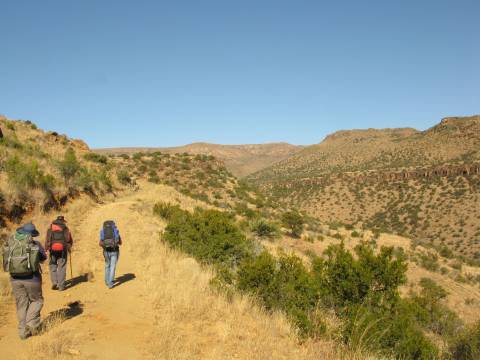 The three-day Impofu hiking trail has reopened in Mountain Zebra National Park after being closed since July last year following the death of a hiker attacked by a buffalo on one of the trails.  The 25km hiking trail, which goes through the 28 000 hectare park, including its highest peak, Bakenkop, will now operate as a guided trail.

Day one of the hike will pass through grassland and mountains, passing the park’s Big Rock.  On day two hikers will have the chance to view herds of eland and mountain reedbuck.  The final day of the hike will pass through riverine thicket and end at the Mountain Zebra National Park rest camp.  Two mountain cottages, which can accommodate 10 hikers, will be available for the overnight stop.  The huts will be equipped with solar-powered fridge facilities and gas cookers, and feature an outside braai area.  Hikers must bring their own provisions and bedding, and need to be 16 years or older to participate.

Established in 1937, this Eastern Cape nature reserve, consists of beautiful plains, scenic mountain landscapes, ravines with Karoo vegetation and wooded valleys.  The Mountain Zebra National Park is a place of rolling plains, craggy hills and deep valleys, and has become a haven for the Cape Mountain Zebra.  The Park has saved these animals from extinction, presently accommodating a population of about 300.  Other mammals found in this Eastern Cape game reserve include the Cape Buffalo, Black Rhino, Cheetah, Caracal, Black Wildebeest, Eland, Red Hartebeest and Gemsbok.  The higher areas of the park are home to Mountain Reedbuck and Grey Rhebok. 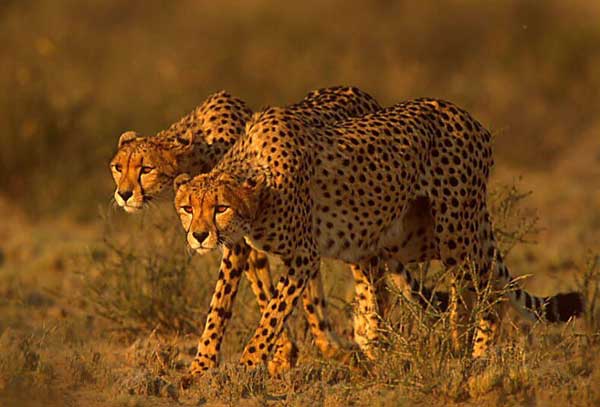 The highlight of your journey to Mountain Zebra National Park is the 300 plus Cape Mountain Zebra after which the park is named.  The difference between these Zebra and Burchell’s Zebra are narrower stripes, the absence of shadow stripes in Cape Zebra and orange facial coloring.  In the wooded valleys, guests can search for Kudu, African Buffalo and Black Rhino.  Cheetah and Caracal are the main predators in this National Park. 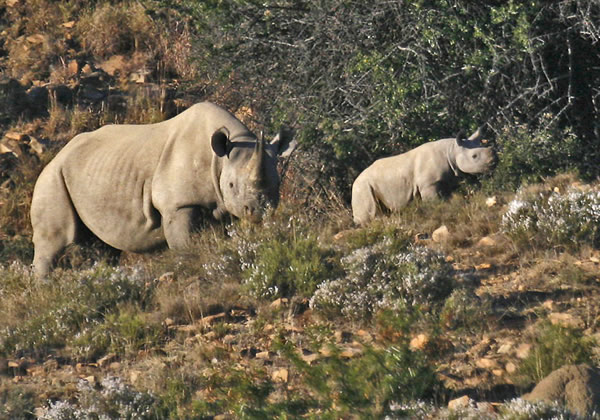 In the Eastern Cape, guests can enjoy warm summers and cold winter nights.  Rainfall averages about 400 mm per annum, with regular snowfall on the high lying areas.  Mountain Zebra National Park is home to an impressive diversity of bird life.  Guests traveling through this area could spot Blue Crane, Ostrich, Stanley’s bustard, Secretary bird, woodpecker, Large-Billed and Eastern Long-Billed lark, Rock-Thrush, Mountain Wheatear and the Orange-breasted Rockjumper, to name a few.  The Park boasts a rich variety of flora, and in spring the veld is covered by the glorious shades and hues of flowers.  Fynbos and renosterveld bush flourish in the temperate climate, with rains coming mainly during the early summer and winter months. 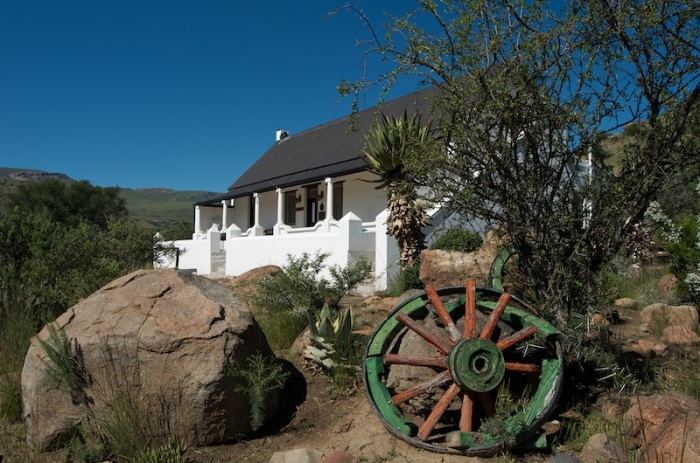