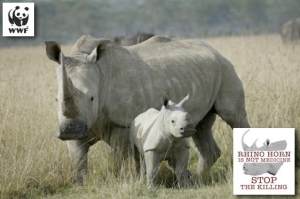 Justice is served in South Africa!  Two foreign nationals arrested at OR Tambo International Airport earlier this year for illegal possession of rhino horn have been convicted and sentenced at the Kempton Park Regional Court.

Duc Manh Chu and Phi Hung Nguyeng were arrested after scanner operators at the airport detected suspicious objects in the men’s luggage and alerted the South African Police Service.

The magistrate said the penalty for possession of rhino horn was the same whether the couriers had killed the rhino or not.