On 18 November 2011 Vineyard Hotel & Spa, Townhouse Hotel and d’Ouwe Werf Hotel, in association with Powells Auctioneers, are hosting a spectacular action-packed Charity Golf Day at King David Golf Club in Cape Town, South Africa.  The day’s agenda will include a 4-ball alliance (2 scores to count) and golfers will receive fabulous prizes.  In addition to a great day of golf and fun, halfway house and dinner is also included.  A fun-filled auction will be held at prize giving.  Each player will also receive a goodie bag and you are welcome to include any marketing collateral you may wish to place into the goodie bag.  All the proceeds of the day will go to the “Kids of the Cape Fund”.

The “Kids of the Cape” social responsibility fund was established in March 2007 by the above mentioned three properties.  To help with the local community programmes such as Education, Health, HIV/Aids and local feeding schemes, the hotels invite their guests to share their Social Responsibility Vision for the Kids of the Cape.  The hotels ask their guests to contribute an amount which is billed to their Guests account each night.  The hotels match the Guests’ contributions Rand for Rand.  Guests are under no obligation to pay the amount and, at the guests request, the amount can be adjusted from their hotel account.  The “Kids of the Cape Fund” is a Non-Profit Organization, registered with the Department of Social Development.  A committee comprising of Hotel Directors and Staff, who have been elected by staff from their respective hotels, oversee the running of the fund.

In the early 1950s there weren’t that many golf courses to choose from in Cape Town and even fewer that did not discriminate on religious or ethnical grounds.  Founded in 1956 as a golf and country club, King David Golf Club has a  colourful history and an extremely bright future ahead of it.  Bob Grimsdel, the leading golf course architect of the day was commissioned to design an 18 hole championship course which to this day is rated as one of the finest layouts in South Africa.  In the 1950s there was a large Jewish community living in the Parow/Bellville area that made up the bulk of King David Country Clubs membership.  As a country club, K.D. as it is affectionately known offered not only golf but also bowls and tennis and had a very lively social scene.  Many a dinner dance and theatre production was held in the clubs hall.  As the club grew and the course matured the reputation of the club was further enhanced by the hosting of prestigious events of the day such as the exhibition match played between South Africa´s legendary Gary Player and Lee Trevino.  Gary Player is quoted as saying that the par 3 12th hole is one of the best par 3s that he has ever seen, high praise indeed from a man who has won over 100 tournaments worldwide.  Due to the political turbulence and a dwindling Jewish population in the 1970s King David began to fall into a state of decline.  The Finances were not always available to upgrade and maintain the facilities.  This resulted in King David slipping in the rankings but due to its open door non racial policy it continued to be a popular club.  The dawning of a new era in South Africa in 1994 saw a resurgent King David.  Along with political stability and an increase in competition from the new estate golf courses King David was forced to take a long hard look in the mirror.  Plans were put in place to upgrade the clubhouse, modernise the golf course and to attract new members.  These plans have indeed born considerable fruit. 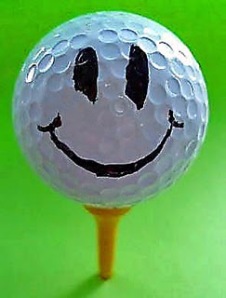