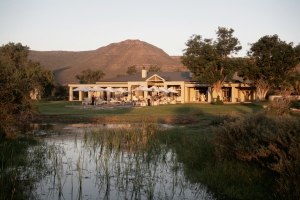 More good news regarding suppliers rates in this morning’s emails.  Road Travel just received confirmation that Samara Private Game Reserve will hold their current rates through 2012.  They’ve also instituted a Recession Rate valid from 1 September 2011 to 30 November 2011.  Contact us to find out more about a Special Samara Safari. 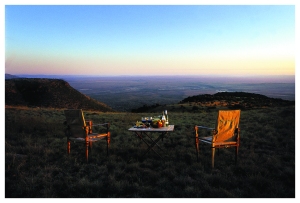 Award Winning Samara Private Game Reserve is situated in the Eastern Cape of South Africa.  Three Elegant lodges provide luxury accommodation nestled between an amphitheatre of mountains on 70,000 acres, where wildlife roams free again.  An amazing life changing and intensely calming experience awaits, so come walk with the cheetah as you celebrate the rebirth of a unique piece of Africa and experience a luxury safari.  This game reserve provides a tranquil escape to soothe the soul and uplift even the weariest traveller as they gaze across the vast open spaces and arresting terrain to distant horizons.  Samara, a Karoo Game Reserve in South Africa, is situated on indigenous wilderness amongst the Sneeuberg Mountains.  This family owned reserve offers modern colonial living in the heart of the African bush at the Karoo Lodge, the Manor at Samara and the Mountain Retreat.

The Karoo Lodge at Samara offers luxury accommodation in 3 Lodge suites set in the main building and 3 Karoo Style Cottages on the grounds.  The air-conditioned suites open onto a wide wraparound veranda.  The en-suite, air-conditioned cottages are larger than the suites and have a fireplace.  The interiors are inspired by colonial and modern African influences.  The lodge has a comfortable living room for guests to relax in and an intimate bar and dining room.  Additional features include two treatment rooms at the Spa, an open boma (outdoor enclosure), swimming pool, tennis court and satellite TV.  The Manor at Samara is surrounded by majestic mountains.  This is for the exclusive use of up to 8 guests in complete privacy and a personal ranger, chef and butler will see to everything.  Dining experiences can be arranged in different settings around the house and in the bush.  The infinity pool descends into a natural water hole where wildlife comes to drink in the early morning and late afternoon.

The Mountain Retreat is located in a secluded and remote location – an exclusive use venue accommodating up to 10 guests.  There are three beautiful double en-suite bedrooms in the main homestead and a further two en-suite bedrooms in the stylishly restored Victorian barn.  There is a comfortable living room with a fireplace, a dining room and a wide wrap-around veranda with outdoor sofas and awesome views of the Karoo semi-desert. The Retreat also offers a bubbling Jacuzzi and a Karoo-style plunge pool situated a little away from the house.  Essential power here is provided by a generator.  Guests can enjoy delicious home-cooked meals and wonderful walks in the area with an experienced ranger, who can point out Bushmen paintings and interesting aspects of the bush.

Guests at Samara Private Game Reserve can enjoy early morning and evening game drives, informative and thrilling walks through the fragrant Karoo bush and visits to fossils and Bushmen Rock Art sites. Learn about the land, the soil, the vegetation, the rocks and all the African wildlife in this semi-desert area.  Expert guides will show guests daytime wonders of the Karoo in the Eastern Cape of South Africa as well as the elusive nocturnal African wildlife.  On an safari holiday in the Karoo, South Africa, visitors can track Cheetah on foot and enjoy fabulous night safaris to view the seldom seen Aardvark of which there are many in Samara Game Reserve.  There are over 60 mammal species and more than 200 recorded bird species.  Samara Private Game Reserve is home to an impressive range of African wildlife due to its diverse variety of habitats.  This area boasts a substantial population of Eland, Cheetah, White Rhino, Giraffe, Black Wildebeest, Cape Mountain Zebra, Kudu, Gemsbok, Springbok, Red Hartebeest, as well as a variety of small mammals like Vervet Monkey and Meerkat.  The Blue Crane is also a resident of the reserve. 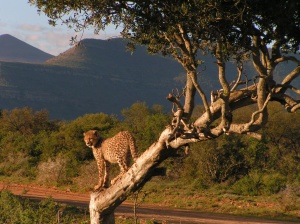 Privileged to be home to the highly endangered Cheetah, Samara also hosts a remarkable individual.  Born a wild cheetah, Sibella’s life nearly ended at the hands of hunters.  After being savagely treated in captivity, she was fortunate enough to be rescued and underwent life-saving surgery and rehabilitation at the De Wildt Cheetah and Wildlife Trust.  In December 2003, Sibella started a new chapter in her life when she, along with two males, was released into Samara.  Despite suffering the occasional twinge from her previous injuries, Sibella has proved herself to be a capable hunter and has successfully reared 18 cubs in the time she has been at Samara.  As such, she epitomizes the spirit of Samara as she plays a vital role in the rejuvenation of a once endangered existence.  This exceptional cat has now contributed to 2% of the wild cheetah population in South Africa. 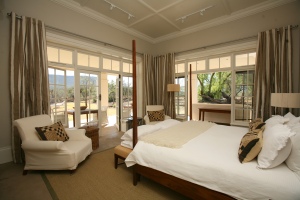 It has been estimated that the last wild cheetah in the area was seen 125 years ago.  Cheetahs were heavily hunted in the Great Karoo and Eastern Cape areas and these cheetahs made conservation history as the first back in the area after 125 years.  Part of Sibella and Samara’s cheetah conservation success is the fact that Samara is free of the predator competition found in Big 5 reserves.  Without the pressure of natural predators such as lion and spotted hyena, the Samara cheetah populations have been able to thrive.  Samara works closely with the Endangered Wildlife Trust to ensure that this high endangered species is given the best chance of survival.  To this effect Samara swaps its cheetah populations with other reserves thus ensuring that the gene pool is as wide as possible. 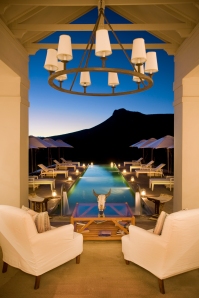