This year, RAMfest boasts 3 venues in 3 cities, over 5 days, across 6 stages.  That’s right! RAMfest will be visiting 3 major South African cities in 2011.  This helps to cement the event’s reputation as one of South Africa’s Ultimate Rock Festivals. 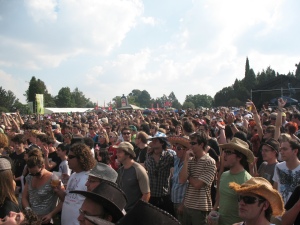 This year’s line-up includes two international bands: Alkaline Trio (USA) and Funeral for a Friend. (UK).  Die Antwoord, Van Coke Kartel and Zebra and Giraffe are the local acts that will be performing at all three RAMfest events.  John Vlismas will be the host for RAMfest all round in all three the provinces.

RAMfest has left a permanent footprint on the live music scene……Celebrating 5 years of Rock n Roll, the festival is set to raise the bar yet again.  Open your mind! If you thought that the festival was only to bring music to your ears then think again.  They’re adding a bigger Dance stage, more and better camping as well as a couple of surprises.  Fasten your seatbelts for the thrills that are about to jolt you like lightening. 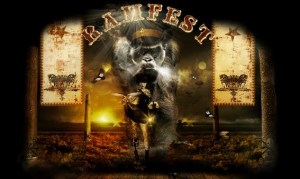 Calling all fearless warriors, emotionally stunted, corporate sucks, internet tycoons, recently single ready to mingle, goody-two-shoes, rebels with and without a cause, blacksheep, white sheep; this means YOU!!  Hell we’re even calling the Little Green men out in space if they can hear us!!  Come get sunburnt with us! 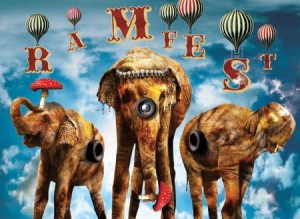