The Powerade Dusi Canoe Marathon, regarded as one of the toughest canoe events in the world, is held annually towards the end of January and normally brings the cream of South Africa’s canoeing talent to Durban. The event which begins at Camps Drift near Pietermaritzburg is paddled through two river systems, The Umsindusi and The Umgeni. The race ends at the Blue Lagoon and celebrity participants are welcomed home by thousands of participators. The race is alternated annually between singles and pairs formats. 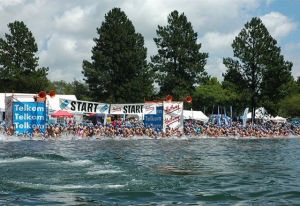 Held at the Midmar Dam north of Pietermaritzburg in KwaZulu Natal, it is the world’s largest open water swimming event. The Midmar Mile draws thousands of competitors each year, both serious international athletes and Olympic medallists to recreational swimmers.  A unique feature of the race is that while the distance covered is always a mile, depending on rainfall and the water levels in the dam, the distance swum varies from year to year. In years with poor rainfall, competitors are subject to the infamous Midmar sprint start: a bedlam of bodies sprinting across the muddy lake-shore and through the shallows until the water is deep enough to swim.  In order to handle the vast number of competitors, the swimmers swim out in several groups at two-minute intervals in 8 batches over two days; the group division is based on a qualifying time in a previous event, with the fastest group leaving first.

A choreographic festival that features a plethora of dance forms and styles.  This eclectic, multicultural festival was founded by Marilyn Jenkins and Adrienne Sichel, two theater journalists aware of the enormous practical difficulties that both seasoned and emergent choreographers must overcome in order to stage their work. Their concept, considered daring in apartheid-riven South Africa, was courageously backed by Phillip Stein, director of the Vita Arts Awards. The Vita Dance Umbrella, which presents original work, continues to reflect a cross-section of South Africa’s developing concert-dance scene.

Established in 1851, the Royal Show is the single largest event in KwaZulu-Natal and is held over a ten-day period in May.   The event attracts around a quarter of a million visitors annually. 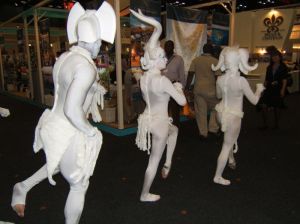 Indaba is one of the largest tourism marketing events on the African calendar and one of the top three ‘must visit’ events of its kind on the global calendar. It showcases the widest variety of Southern Africa’s best tourism products, and attracts international visitors and media from across the world. This is a four day trade event that attracts well over 13000 delegates from the travel tourism and related industries.

The Comrades Marathon is a world renowned race that meanders through the rolling valley of a thousand hills in Natal, South Africa. It is a gruelling 89km (56 mile) marathon – alternately run between Durban to Pietermaritzburg (PMB) – with challenging climbs and never-ending descents as the road winds through the hills

First held in July 1897, the Durban July is one of the most talked about and attended social gatherings amongst South African racing fans and the premier race for thoroughbreds.

The worlds leading surfers gather on Durbans North Beach for the Mr Price Pro, one of the top events on the WQS (World Qualifying Series) Mens schedule of the ASP World Tour. 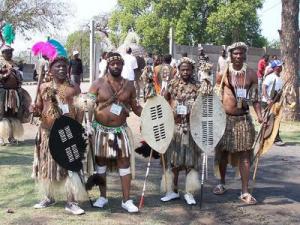 These celebrations honouring King Shaka Zulu are held at his monument close to the place where he was murdered by his brother Dingane on the 22 September 1828.The stone on which he was sitting having a wash when the deed was done. A colourful and exciting celebration with the Zulu King, Royal family and all the Zulu dignatories. Anyone who is anyone in the Zulu nation will be there.  Groups of dressed warriors from various areas around KZN will present themselves to the King. Very vibrant, exciting and colourful occasion.

Once a year in early September thousands of people attend the Reed Dance festival at the KwaNyokeni Palace in Nongoma which is a vibrant celebration of Zululand’s traditional culture and rich heritage. The four day event takes its name from the reeds gathered from the river beds and carried by more than 10 000 invited virgin girls to the King’s Palace. The scenic route to the festival takes you along the breathtaking lush sugar-cane belts of Durban’s North Coast, through the abounding wildlife reserves of Zululand and finally into the undulating hills and valleys silently speaking to your soul with its natural beauty. 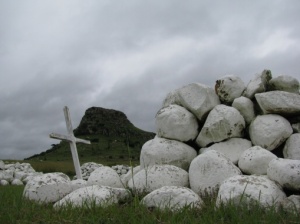 MOTH (Memorable Order of Tin Hats) Dundee is the most convenient town to use as a base for exploring the battlefields of Rorke’s Drift, Isandlwana, the site of the death of the Prince Imperial and Fugitives’ Drift. On the first Sunday of September each year, there is an annual walk that follows the route taken by the survivors of the battle.

The festival has developed a unique multi-cultural pan-african musical identity which includes unusual marriages of different genres and styles. The general theme of the music focuses on collaborations with artists from the African continent and beyond – and represents a massive cross-cultural fusion of energy that attracts musicians and music lovers both nationally and internationally.

Come spring, a number of the gardeners of Pietermaritzburg and Hilton open their horticultural treasure chests to the public. The Hilton gardens with their misty, hilly conditions are filled with azaleas, trees, exotics and some of the finest roses to be found in South Africa. Among the many beautiful garden in the central city is a recreation of a formal Victorian garden, complete with statues and gazebos. A must for garden lovers is the Natal Witness Garden and Leisure Show which often coincides with the Open Gardens season, usually at the end of September or in early October. 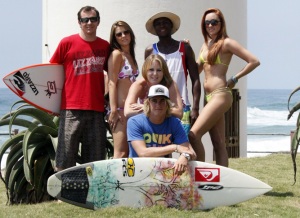 The end-of-year holidays is all about relaxing family time. The Umhlanga Summer Carnival features a line-up with 14 days of fun-filled beach events designed to encourage outdoor activities for young and old.  The two week long carnival kicks off with the Lizzard Summer Surf Session organized by the KZN Surfing Association with well known local surfers all vying for the title and prize cheque. The amateur division welcomes young, old, accomplished and social surfers all to participate. Adding to the action of the event is the radical ‘Hooters Air Show’ where the surfer that lands the best aerial walks away with a cash prize.